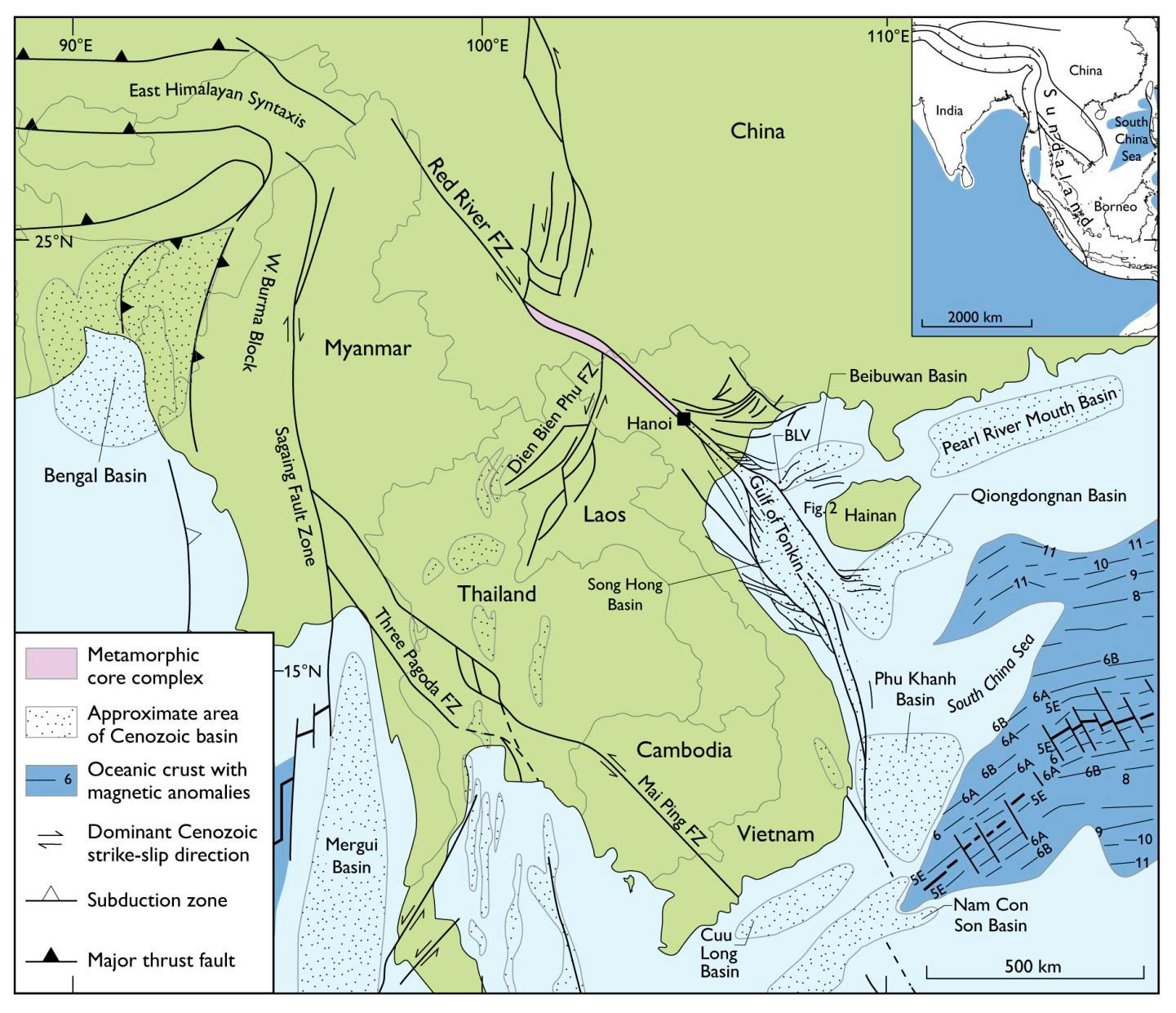 Oversigt over forkastningssystemer og sedimentbassiner i studieområdet./Overview of fault systems and sedimentary basins in the study area.

Large transform faults intersect large parts of SE Asia. The faults formed in response to the India Eurasian collision during Eocene time and have since accommodated several hundred kilometers of lateral offset between crustal blocks squeezed away from or dragged towards the collision zone. The massive lateral displacements have shaped the geology of the region and caused a number of sedimentary basins to form that host most of the energy resources of the region.

Geocenter Denmark has conducted geological development aid work in SE Asia for nearly 20 years. This project aims at carrying on and strengthening the Geocenter research in the region, and through this, to investigate the geological evolution along the Red River, Mai Ping and Sagaing faults and to explore the link between the lateral faulting and basin formation.

The research will increase the understanding of depositional systems and generation of energy resources within these basins beneficial to local societies. The project is conducted in cooperation between the University of Aarhus, University of Copenhagen and the Geological Survey of Denmark and
Greenland and runs in between 2015 and 2017 and is led by Michael B.W. Fyhn. The research
results are expected to be published as a series of international scientific publications.